Emergence, self-organization, complexity, and the beauty of it all… 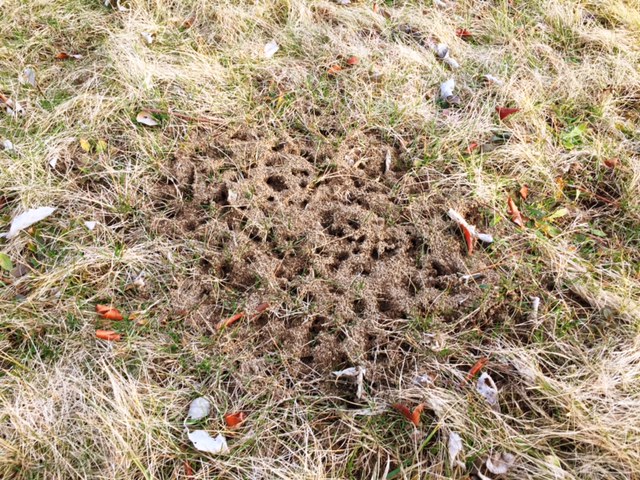 While taking a little stroll through the backyard the other day, Ella and I stumbled upon an anthill. From eye level, it looked like a simple dirt patch void of grass. But as we bent down to take a closer look, a bustling metropolis was reveled! There were ants everywhere and they were as busy as they could be. They were busy with construction projects, cleaning out blocked tunnels and building new ones, they were cutting down foliage and clearing paths and gathering food for the start of Spring. It was a city coming to life after a harsh winter. The workers were emerging, the scouts were scouting, and I’m sure somewhere deep down those dark tunnels lay a great queen writhing with anticipation. 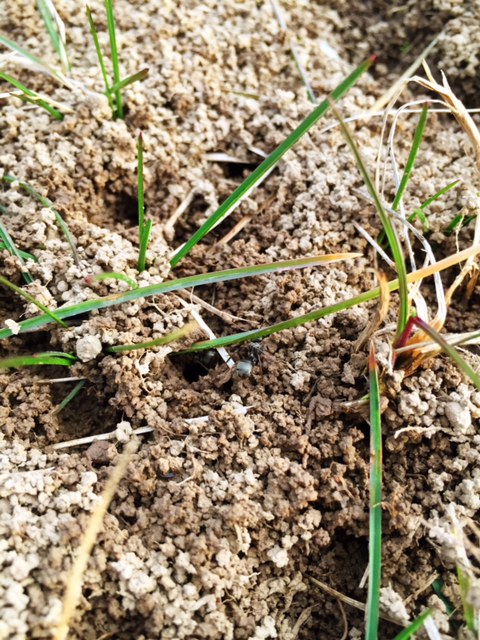 I love ants. I love any highly interactive societal species including termites, bees, and many more for that matter. It’s their complex social behavior and how they interact that is so intriguing. Even though each individual is relatively simple, it’s the complex emergent properties of the colony as a whole that’s extremely fascinating to me. It’s the fact that simple individuals given simple rules of interaction can create impossibly complex, high-functioning organisms that is so amazing. Any multicellular organism fits these criteria if you think about it, including me and you!

At the micro scale, we’re just a collection of tiny things called cells. These cells have pretty rudimentary communication skills. One example of these skills involve things called receptors. Think of receptors as puzzle pieces sticking out of a cell. Individual molecules are puzzle pieces themselves. If that cell comes in contact with a certain molecule – flower pollen for example – it snaps into the corresponding place and the cells ‘knows’ what it has come into contact with. This cell then tells other cells which eventually leads to you thinking how good that tulip smells. Cells are ‘dumb’ though. They actually don’t even know each other exist. They don’t know anything! But, they all play by certain rules. And when everyone is playing by the rules, a very complex entity can emerge.

This applies to all sorts of organisms. Slim molds for example are a simple collection of cells that have rudimentary “skills” and jobs. The slim mold itself has no central nervous system – no one calling the shots. Yet, when the environment is right and food is plentiful, the organism happily hangs out and eats. But when times get tough and food and water grow scarce, all the cells gather together to form a single entity and take a road trip to find greener pastures. No one told them to do this! How do they know? There is no brain involved… This same idea applies to many other creatures including jellyfish. It also applies to non-biological entities like crystals and even interacting robots. It’s self-organization at its finest. 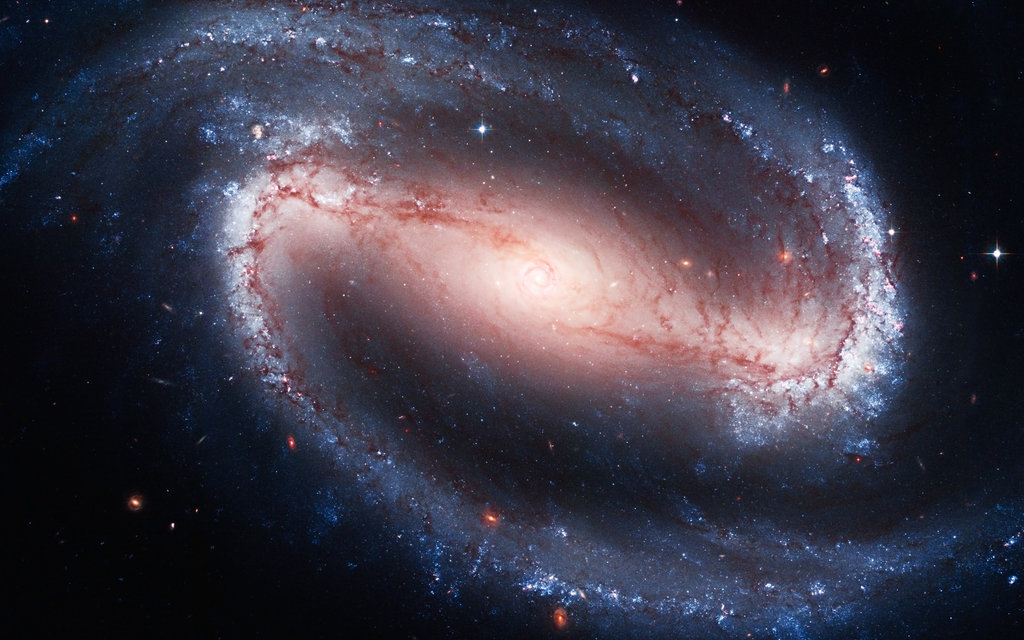 To get a little “Inception” on you, as amazing as all of this is, we’ve only been talking about one ‘scale.’ We can go up as many levels or down as many levels as you want and we’ll see the same thing. We can see these same emergent properties down a step at the scale of molecules or down even further to atoms, subatomic particles, or to the bottom (of our current understanding) to the theoretical String Theory level. Go up a few levels and we see bird swarms and schools of fish acting as one entity. Up another level and we see societies, be them human, ant, or termite. People have suggested that the Earth itself is a sort of emergent super-organism on a planetary scale called Gaia. Keep going and we see complex structures in planet and star formation on the galactic scale. Take a look at an image of a giant spiral galaxy and tell me you don’t see a complex structure interacting beautifully while a very precise pinwheel shape emerges. The universe is an onion; layers upon layers upon layers upon layers. Where does it end? No one knows… 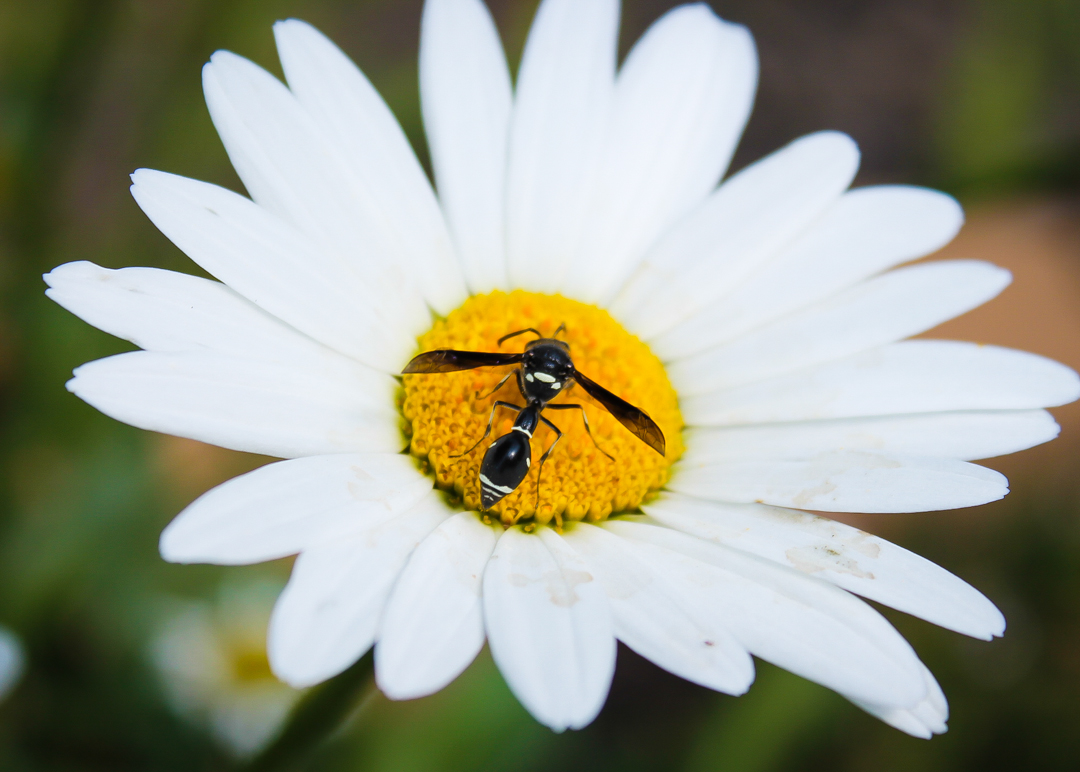 But I think the point I’m trying to make here is that beauty and wonder can be applied at many different levels. Sure, a flower at our scale is very pretty with its blooming petals and irresistible fragrance, but have you seen a flower through a looking glass or under a microscope? You’ll see a beautifully balanced symbiotic relationship between the flower and the insects that inhabit it. You’ll see an intricately complex dance between the flower’s cells, the air and water molecules, and the very Sun itself! There’s so much more there than meets the naked eye.

Beauty can be found everywhere, it’s how that beauty is perceived and interpreted that is the variable. The fact that humans have the capability to control this variable is the key; it is what determines our happiness. You can decide to trudge through life with negative thought after negative thought and believe life is a sham, or you can choose to perceive life as the brief but magnificent opportunity that it is. We’re lucky to be here – to exist at all. We’re here against all odds. Don’t hope you’re going to have a good day, change that variable and make it a great day.