Occasionally, I’ll have a discussion with someone who will criticize science for always “changing its mind” – as if that’s a bad thing! They’ll argue that you can’t trust the latest scientific finding because it’ll simply change again tomorrow, so why trust any of it? 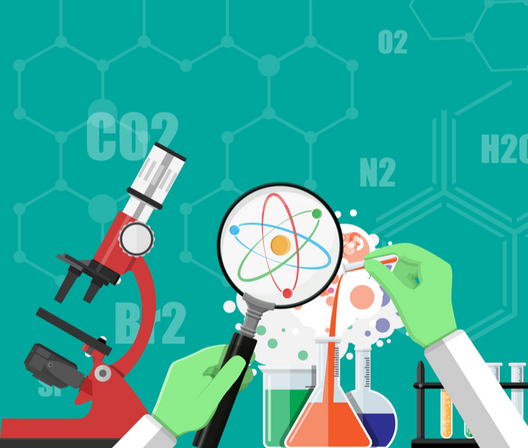 It’s important to understand that science is a methodology. Science is a set of tools, not a doctrine. Science is commonly misunderstood as an assemblage of static, unchangeable data points and facts, when in reality, science is actually a way – a process – to observe consistencies and patterns about the world that can be reliably recreated and verified. It’s how to look at the world, not what the world is.

That scientific process does, however, result in a collection of objective understandings called data, but data are the nouns that the verb of science discovers. Every time you do something and notice what happens, you perform a scientific experiment and collect data. You press a button (experiment) and a light comes on (data). Congratulations, you’ve done science.

This collection of data can lead to conclusions we call facts or “truths,” but only after an extensive amount of testing and poking and prodding. A fact is something we’ve seen so many times that there’s practically no chance of observing a different outcome – nor is there a plausible explanation as to how a different outcome may occur. We get to the point where we’ve done something enough times or have seen something reoccur so often that we can reliable predict that we will consistently observe the same outcome every time an experiment is ran. Having that safe, secure, foundational knowledge is essential for our day-to-day wellbeing as well as for future growth and understanding.

Now, is there a chance that after the millionth time an experiment is conducted that a different outcome will happen? Of course! But that’s exactly where the magic of science lies: in making new discoveries! This is new information that changes our collective understanding of our world. This isn’t a bad thing, it’s a good thing!

Thousands of years ago people believed the world was flat, and they had good reason to! But their daily lives weren’t affected by this incorrect understanding, so it wasn’t that big of a deal. As more information and observations (data) were gathered they realized that, in fact, the world was round. We, as a society, changed our minds in light of this new discovery. Nowadays, our society couldn’t function without this knowledge. We now live in a globally-connected civilization that wouldn’t have emerged if it weren’t for this understanding. Changing our mind helped us grow.

The same goes for Germ Theory. For a long time, people believed we got sick because of evil spirits, demons, or some other vacuous, nefarious entity. They would attempt to heal people in vain by performing magic incantations or praying to some divine being usually to no avail, and many people suffered and died in horrible ways. We’ve since learned that bacteria, microbes, viruses, and other microscopic germs are the actual culprit and have devised ways of fighting off these infections and illnesses. On average, we are living in a much happier and healthier society now because we learned something new, accepted it, and used it to our advantage.

There are countless more examples of this idea; it’s not hard to take a step back and realize that if you get burned by something, you learn from that action, modify your understanding, and change your behavior based off the evidence – and that it is a good thing. It’s astonishing to me that certain people attempt to use this as an argument against something. When did learning something new and changing your mind ever become something negative? 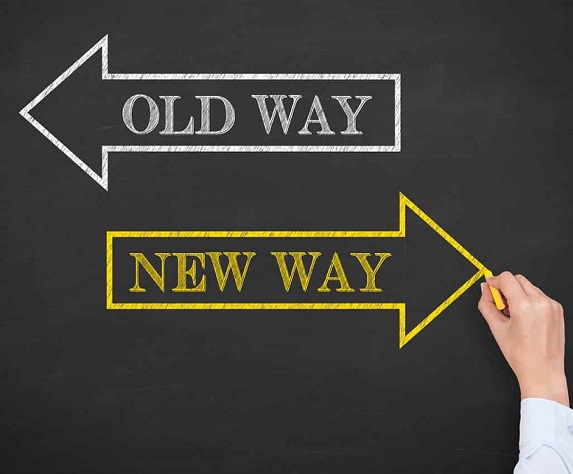 I’d argue that the exact opposite is the real failure and not changing one’s mind in light of new information is extremely short-sighted and egotistical and honestly, dangerous. Those people will stagnate, become obsolete and irrelevant, and will get left behind. I feel sorry for the people who are presented with new information and instead of learning something new will stick their fingers in their ears, close their eyes and chant, “no, I don’t believe that!” simply to remain true to their archaic belief system.

Ironically, those people feel no shame or embarrassment in the hypocrisy of reaping the benefits of those who have learned new things and created new technologies. People who claim the data is wrong about the age of the Earth, evolution, vaccinations, or climate change continue to happily use their cell phones to access the internet in order to support these mistaken claims. They use computers, drive cars, and fly in airplanes designed and built by the same type of people who are simply sharing their findings of fossils, radioactive decay rates, and the rising amount of CO2 in our atmosphere. Craving blood pressure medicine and insulin shots while simultaneously rejecting immunization therapies is laughably ironic and is biting the hand that feeds.

Admitting you’re wrong is hard; it’s an intrinsic human quality to want to be right. No one likes being thought of a stupid or misinformed; it can be embarrassing and uncomfortable. It’s so ingrained in us as a species that studies have shown that on average, when people are presented with undeniable evidence to the contrary of their beliefs, they’ll actually dig their heels in further rather than admit they were wrong and accept the new information.

I hope we can somehow convince ourselves as a culture to embrace failure and ignorance rather than pretend we have all the answers. Pride is too prevalent nowadays and we could benefit from more humility. Owning up to imperfection is virtuous in my opinion. If you can’t identify and acknowledge flaws, how can they be fixed or improved? Improvement is impossible without failure; they’re inexorably intertwined. Plus, the world is so much more interesting with things unknown, waiting to be discovered! The fun part of life is learning new things, and being mature means changing your mind when you find out something different.