I recently stumbled upon something that practically blew my mind. It was amazing to me because not only did I not realize that a machine – a single machine – was even capable of performing this type of extremely delicate, complicated, and massive task, but that it was actually up there doing it now (and had been for some time) and that its successor had already been created as well! 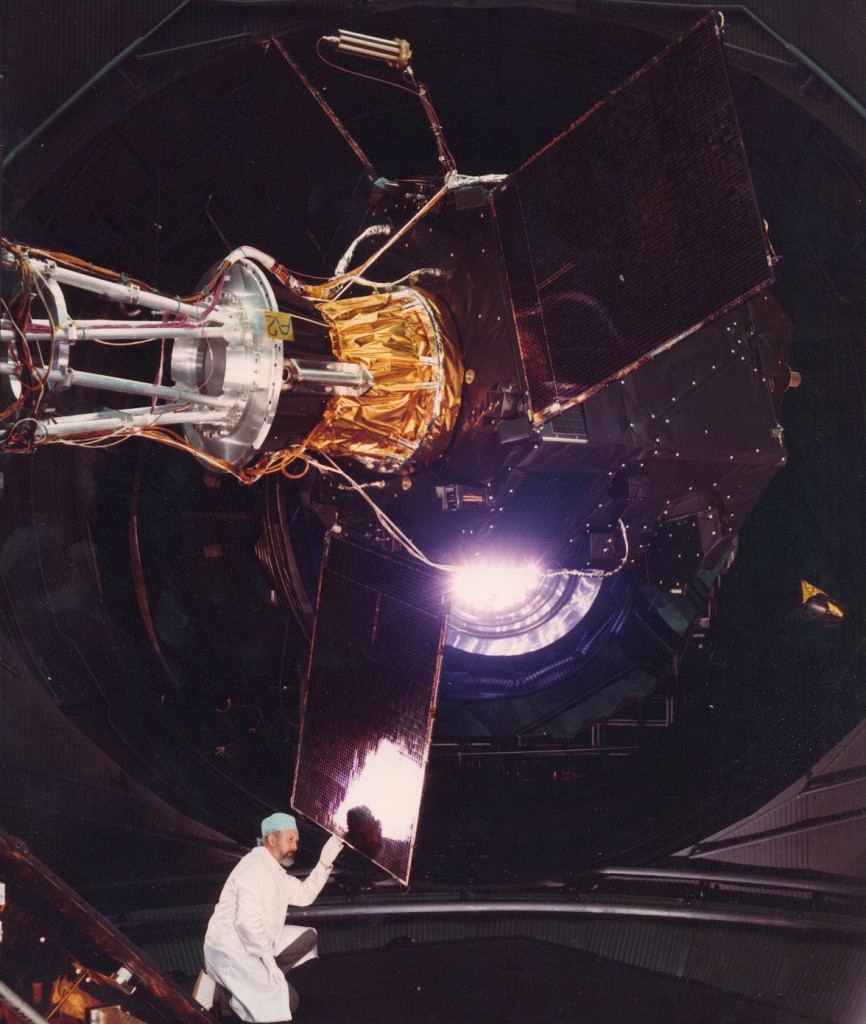 I’m talking about the Hipparcos and Gaia spacecraft. What these spacecraft basically do is record the motion of stars in our galaxy. What’s so mind-blowing about that? Well, that is mind-blowing in and of itself, actually – can you see the stars move? – but scientists have been measuring the relative motion of the stars for a while now, so I’ll give ya that. What’s special is that these spacecraft measure the relative motion of billions of stars highly accurately and in a very short amount of time. Quantity, precision, and speed.

Speed: They do all of that in just a couple of years! The Hipparcos spacecraft mission lasted from 1989 to 1993; just 4 years and it built a catalogue of measurements of 2.5 million stars. The Gaia mission started in 2013 and is slated to last at least 5 years – 5 years to record the motion of over a billion objects!

But why is this so important? A couple reasons… One, it provides a highly detailed 3-dimensional map of the stars within our galaxy. This gives us clues as to how the galaxy formed and what it will look like in the future, and how all of these objects interact with each other.

Two, the Gaia spacecraft isn’t only looking at the motion of stars, it will also discover tens of thousands of new asteroids and comets within the solar system. It is literally taking our current ‘Christopher Columbus’ style map of the solar system and filling in the blanks to creating a much more detailed and accurate map of our place in space. 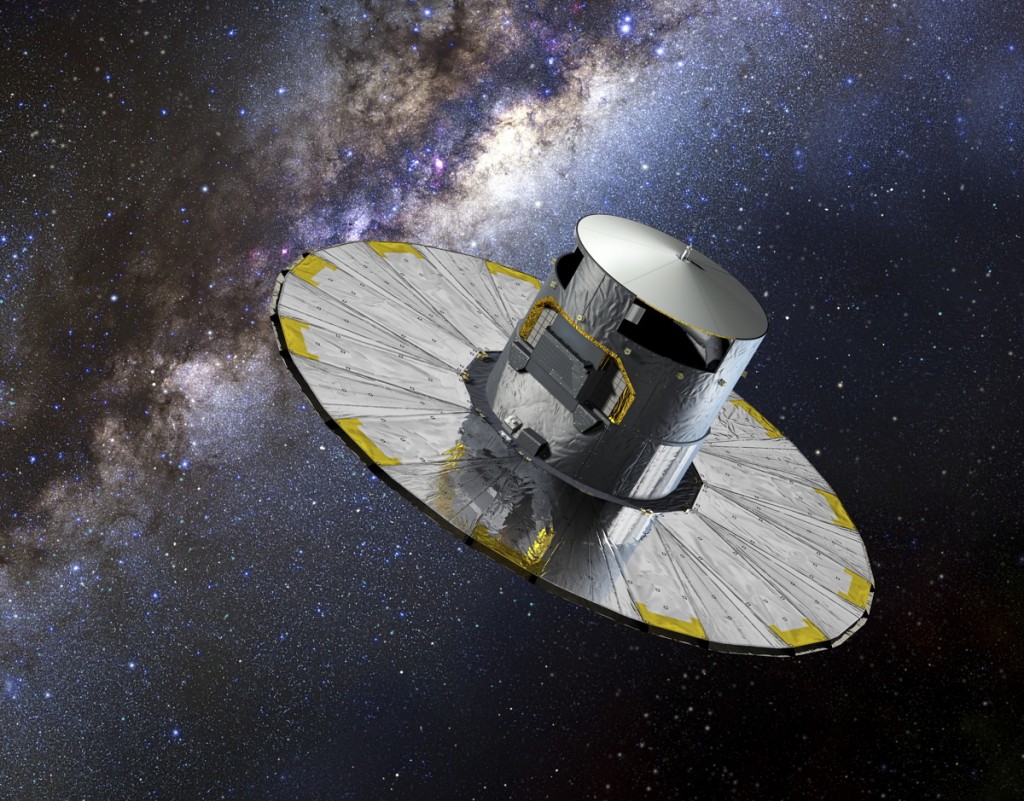 And three – the coolest reason why this is so exciting – is that both spacecraft have been able to detect thousands of exoplanets and will eventually find tens of thousands more! I was under the impression that there were many different telescopes and spacecraft around the world whose job it was to collect data and compile it to determine if a star had a planet orbiting it, since it’s such a complicated and delicate process. While this is true to a certain extent (for independent verification for example), these spacecraft are actually able to do this on their own. They have enough power and accuracy to be able to detect tens of thousands of planets around other stars at distances beyond out comprehension in a matter of a couple years. How can that not blow your mind?!

Why don’t we hear more about this stuff??!!! We live in a time where you can literally browse a list of stars with known planets around them at your leisure. Seriously?! And the amount of work and math and engineering put into these spacecraft and the data they create is – without hyperbole – utterly staggering. Why isn’t this stuff plastered across the news headlines? Are we, as a society, really that infatuated with relationship drama of people we’ll never meet, or whose dress is more ‘thinning,’ or who disrespected who on some obviously fake “reality” show? I’m not going to turn this into a rant about the state of our culture – I swear I’m done – but come on man… the accomplishments humankind is making on a daily basis is astounding. And we rarely hear about it.

So, given the void of optimistic news and enlightening information, I hope I’ve shed a little light on two spacecraft you’ve probably never heard of that have changed our view of our universe for the better. Personally, I’m going to reflect on the ingenuity and engineering achievements of the folks who created these machines who have devoted many, many years of their lives to. I cannot thank these people enough; these people who remain out of the spotlight but who are humbly changing the world. -Not to mention the thousands of people changing the world through medicine, advances in agriculture and food production, more efficient energy sources, technology… on and on and on… Thank you!

*This site lists Hipparcos stars by distance, brightness, and even their exoplanets. Browse away!
http://www.astrostudio.org/data.html

Wiki summaries of the spacecraft:

“Hipparcos was a scientific satellite of the European Space Agency (ESA), launched in 1989 and operated until 1993. It was the first space experiment devoted to precision astrometry, the accurate measurement of the positions of celestial objects on the sky. This permitted the accurate determination of proper motions and parallaxes of stars, allowing a determination of their distance and tangential velocity. When combined with radial-velocity measurements from spectroscopy, this pinpointed all six quantities needed to determine the motion of stars. The resulting Hipparcos Catalogue, a high-precision catalogue of more than 118,200 stars, was published in 1997. The lower-precision Tycho Catalogue of more than a million stars was published at the same time, while the enhanced Tycho-2 Catalogue of 2.5 million stars was published in 2000.
The word “Hipparcos” is an acronym for HIgh Precision PARallax COllecting Satellite and also a reference to the ancient Greek astronomer Hipparchus of Nicaea, who is noted for applications of trigonometry to astronomy and his discovery of the precession of the equinoxes.”

“Gaia is a space observatory of the European Space Agency (ESA) designed for astrometry. The mission aims to construct a 3D space catalog of approximately 1 billion astronomical objects, mainly stars (approximately 1% of the Milky Way population) Additionally Gaia is expected to detect thousands to tens of thousands of Jupiter-sized planets beyond the Solar System, 500,000 quasars and tens of thousands of new asteroids and comets within the Solar System. The spacecraft will monitor each of its target stars about 70 times over a period of five years.
Gaia will create a precise three-dimensional map of astronomical objects throughout the Milky Way and map their motions, which encode the origin and subsequent evolution of the Milky Way. These spectrophotometric measurements will provide the detailed physical properties of all stars observed, characterizing their luminosity, effective temperature, gravity and elemental composition. This massive stellar census will provide the basic observational data to tackle a wide range of important questions related to the origin, structure, and evolutionary history of our galaxy.
Successor to the Hipparcos mission, the telescope is part of ESA’s Horizon 2000+ long-term scientific program. Gaia was launched on 19 December 2013 and currently operates in a Lissajous orbit around the Sun–Earth L2 Lagrangian point.”