Most people are familiar with a supernova – the most violent event in the known universe. Supernova happen when a super-massive star reaches old age and has fused most of its lighter elements into heavier elements and basically runs out of fuel. The gravity of the star pushing inwards overcomes the pressure of the heat from the burning fuel pushing outwards and the star collapses on itself. The star explodes so violently that for a short time, it will outshine the rest of the entire galaxy it inhabits! This happens only to a certain type of star and will happen only once in its lifetime.

Another less-well known type of explosion a star can undergo is called a nova. Novas can happen over and over again to a star on a surprisingly regular basis. One way a nova can occur is when one star in a binary star system ‘feeds’ on the other star until it gets too full and explodes. Think of a white dwarf star and a red giant star orbiting each other while the white dwarf feeds on the outer layers of the red giant. The heat builds up enough on the white dwarf to cause a thermonuclear explosion blasting the outer layers of the white dwarf off in a great cosmic gas bubble. The explosion isn’t great enough to destroy the star so even after the nova occurs, the star remains and begins feeding again like a glutton who didn’t learn their lesson. A great example of this is RS Ophiuchi, a system where the white dwarf goes nova about every twenty years. The last time it erupted was in 2006. It has exploded like a beacon in the night every twenty years prior to that dating back to its first discovery in 1898, and undoubtedly for eons before that.

Lesser-known still are Cepheid variables. These are individual stars who swell and shrink on their own. They brighten and dim more frequently than novas with periods ranging from months to even days. Since their brightness is directly proportional to their period, these variable stars can also be used for very precise distance measuring. Delta Cephei, a star for which this class of stars are named, was one of the first of their kind discovered. It brightens every five days or so and is very close to us, cosmically speaking, making it a very constant and dependable point in our night sky. These tiny, varying points of light remind me of something more provincial, but not any less important or poetic…

Like clockwork, small beacons – lighthouses in the night sky – light up to warn the seafarers in the vast dark ocean of the cosmos. Are the lighthouse keepers lonely out there? The galaxy is a big and lonely place. They can take solace in the fact that countless observers throughout the galaxy notice their beacons. We can see them across this vast ocean and feel safe to know there’s a safe harbor somewhere, and these Cosmic Lighthouses point the way. 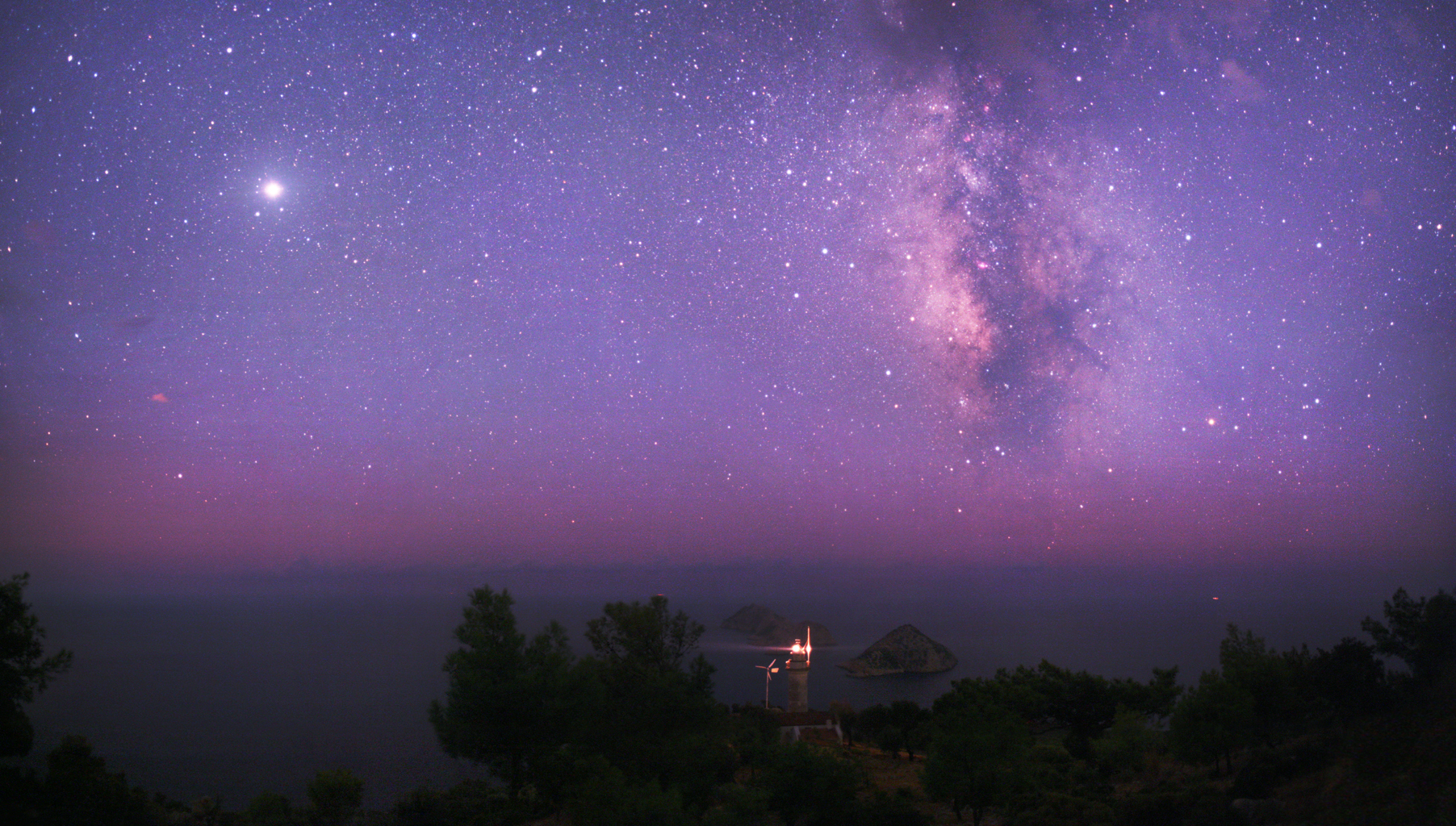 “You see, I can live with doubt, and uncertainty, and not knowing. I think it’s much more interesting to live not knowing, than to have answers that might be wrong. I have approximate answers, and possible beliefs, and different degrees of certainty about different things, but I’m not absolutely sure about anything, and many things I don’t know anything about, such as whether it means anything to ask, “why are we here?”… But I don’t have to have an answer; I don’t feel frightened by not knowing things.”