My alarm was set for 4:30am this morning in order to catch the 3rd attempt of the SpaceX Dragon/Falcon 9 launch. This was the 5th ISS resupply mission. While I’ve watched others, this one was special because SpaceX was trying something revolutionary. 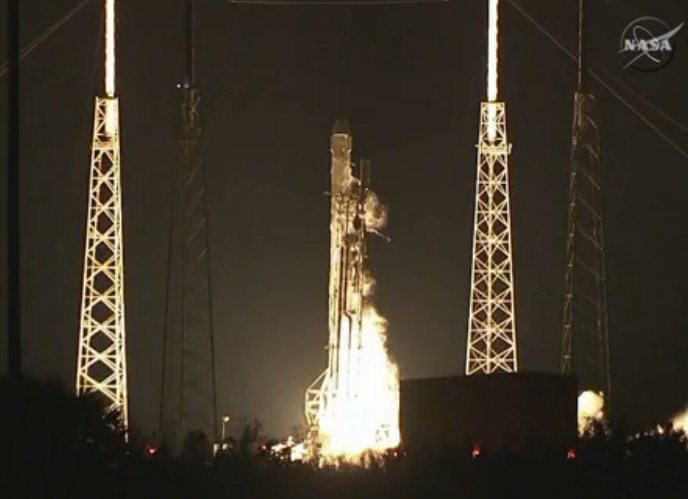 Normally, the 1st stage of a rocket uses its fuel, then is discarded basically in the ocean. Elon Musk (founder of SpaceX), always pushing the futuristic envelope, is trying to make regular space flight affordable by safely recovering this first stage and reusing it. But here’s the crazy part: the 1st stage separates but instead of plummeting into the ocean, it will autonomously fly itself back to Earth and pin-point land on a floating barge. Super-crazy part? It almost worked! The latest reports show that the rocket did guide itself to the predetermined location and slowed enough to hover over the barge but unfortunately, landed hard and was damaged.

While this may seem like a ‘failure,’ it’s being deemed by Elon Musk and the community as an overwhelming success. First-off, the primary mission was to successfully deliver 5,000 lbs. of cargo to the International Space Station (ISS) – which it did. The 1st stage recovery was just icing on the cake. Secondly, this was

the first attempt at an extremely difficult maneuver and it got closer than anyone thought it would. Elon Musk himself said there was less than a 50/50 chance for this attempt to be successful, and that there’s 12 more chances (launches) this year to get it right.  When they do, Elon Musk will have propelled humanity that much closer towards the future. Great job SpaceX, and keep up the great work!

But my main reason for writing this was actually for something a little more trivial… While watching the live webcast of the launch, the feed kept showing this camera angle that looks like some type of liquid floating in zero-G.

I wasn’t sure what it was so, off to Reddit I go! Turns out, it’s an inside view of the liquid oxygen tank! The SpaceX Falcon 9 rocket uses liquid oxygen and kerosene as fuel. (In fact, most rockets do, including the Apollo Saturn rockets.) But my first question was, if the fuel is just floating around, how can the pumps suck it through the fuel lines? The answer is pretty awesome: While the engine is running, the fuel is pushed to the bottom of the tank. When the engine stops, the fuel is in free-fall and gloops around like you see in the image. To restart the engine, they use cold-gas thrusters to slightly accelerate the vehicle forward so the liquids bunch back up in the bottom, then they turn on the main engines. Once the engines are running, they will keep accelerating so everything is neatly bunched up where it should be. How cool is that?! 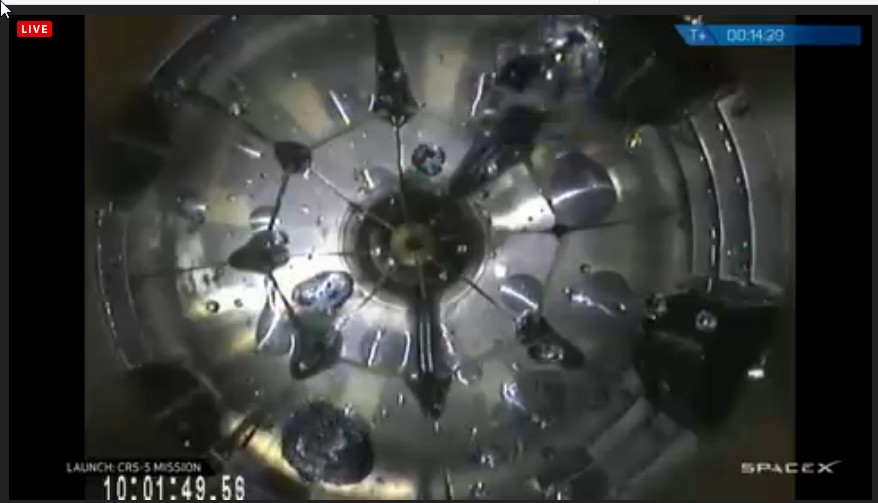