My last post was May 9th, seven months ago. It wasn’t on purpose, but it seems I ended up taking a long break. I guess I needed it…

Looking back over those seven months, I realize now that we’ve been very busy; we’ve been busy taking care of the kids, soccer, school, birthdays, family get-togethers, work, cleaning, home maintenance, vacations, weddings, funerals… we’ve been busy with Life. We’ve been busy living Life so I’m not upset that I’ve taken a break. It’s just that other things had taken priority, and that’s okay!

Not only have I not made a post over half a year, I’ve made it out to the observatory maybe three times? And most of those have been to clean and do some maintenance work. Again, just hadn’t made the time. That’s a key point: it’s not that I didn’t have the time, I just didn’t make the time. I totally could have spent a couple nights out there gazing up towards the heavens, doing some thinking… but I guess I’ve been doing a little too much ‘good’ stuff, proper stuff, lately – for me, anyway. Sure, I should have went out there, not wasted my time, and did what I thought was “right” and took advantage of my situation – which, most of the time I agree with. But sometimes, everyone needs a break now and then.

Instead, I’ve been pretty lazy with my down-time. I’ve played a lot of video games, watched a lot of TV, and ate a lot of chips – ha! But again, I think that’s completely okay. Moderation is everything! And don’t get me wrong, I still worked out a lot, ate healthy, and even squeezed in a few projects over the summer (more on that later), but I definitely ‘slacked off.’

-I’m mostly making this post for me as a first step to get back into the groove of thinking, creating things, and sharing with whoever wants to share! I have two projects in particular I had fun with that I wanna make posts for. And I have an idea I’ve been thinking about… well, that’s putting it lightly; it’s practically consumed most of my thoughts over this last year or so… but I want to start writing it out in the hope that it’ll make it a little easier for me to wrap my mind around. It’s the idea of consciousness, sentience, and self-awareness… and it’s a great time for it too, since there are SO many things relating to that in pop-culture right now.

-Anyways, it’s good to be back! Stay tuned…

PS. Just to throw a picture into this post, here’s Katie, Ian, and I after running the Buckeye 4-Miler and finishing in the ‘Shoe at the 50-yard line! That was a pretty cool event we did this Fall! 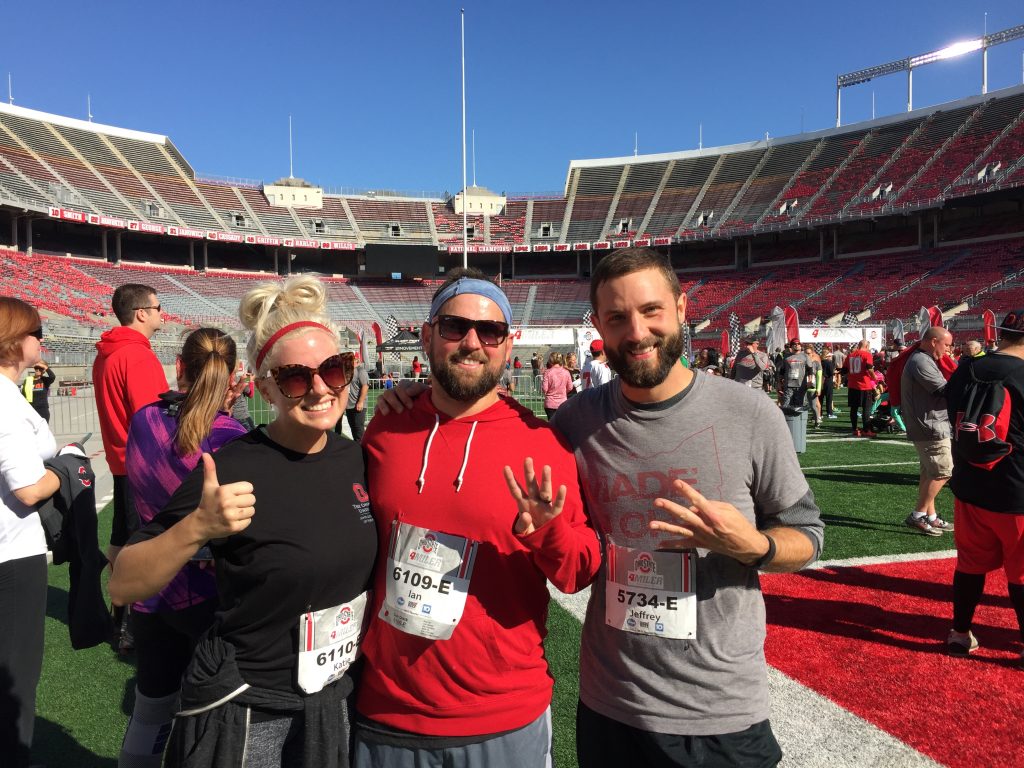