This is a self-imposed exercise I’ve created for my own personal purposes (i.e. “fun”), but I thought I’d make it public in case anyone would like to share, contribute, make fun, or whatever…

My goal is to do this once a week (or so) but I’m not good at sticking with things so we’ll see how long it actually lasts :)

Assignment:
Describe one interesting fact about each general science field listed below – without looking it up first! And, you’ve had to experience it in one form or another, or at least be relatable. For example, you can’t use the fact that time slows down while travelling at relativistic speeds… I doubt any of us have done that ;)

Physics:
– The International Space Station isn’t floating in space because there isn’t any gravity in space; it stays up there because it’s travelling so fast that as it falls, the earth curves underneath it preventing it from ever hitting the ground. (See this previous post about that!)

Chemistry:
– When water freezes, it becomes less dense as a solid as opposed to more dense. That’s why ice cubes float and rocks don’t, even though they’re both a solid.

Biology:
– Once old spider webs aren’t useful anymore, the spider doesn’t just abandon the web or throw it away, it eats the web and recycles it for the next web.

The Andromeda galaxy is the farthest thing humans can see with their unaided eye at 2.5 million light years away. When you look up in the night sky and see the faint, blurry smudge of light that is the Andromeda galaxy, your eye is collecting photons that are 2.5 million years old and have been travelling for just as long – without interruption – until your eye got in the way. 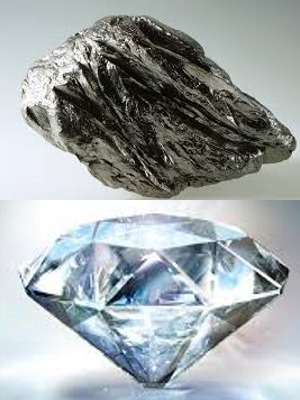 Geology:
– Graphite (pencil lead) and diamonds are made of exactly the same thing, only one is jet-black and the other is completely transparent. They’re both made of carbon atoms, but the difference is in how those carbon atoms are put together.