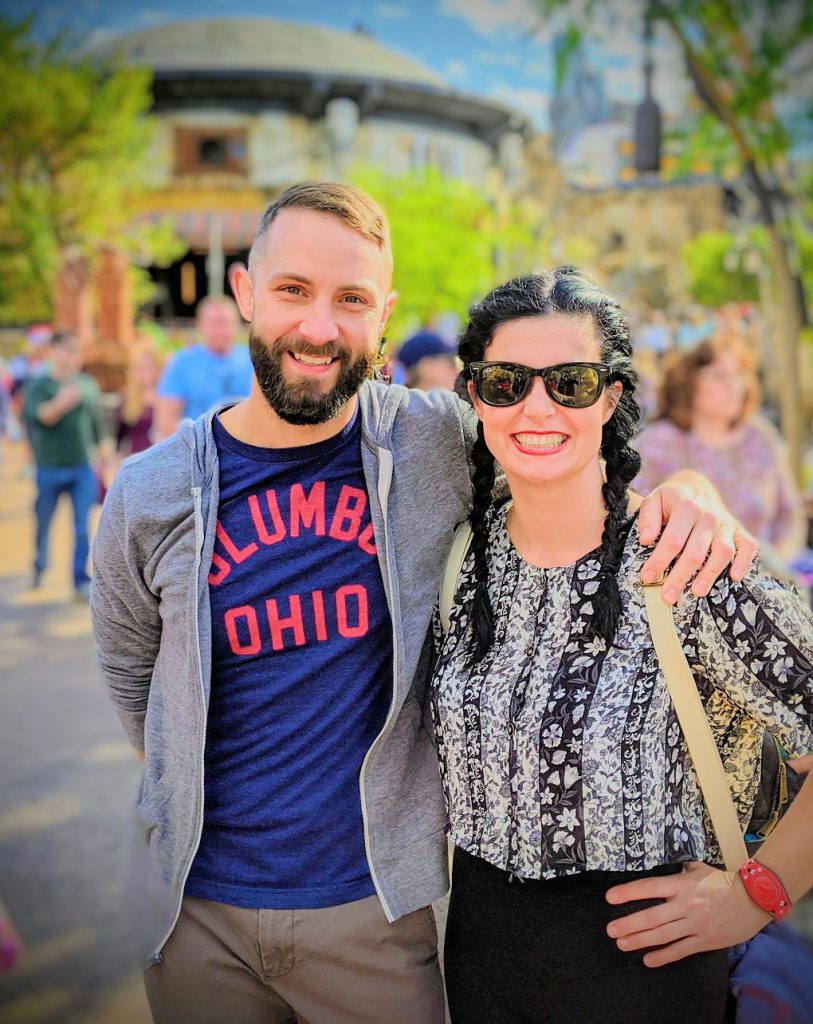 As long as I can remember, I’ve always loved science and music. I was a huge science geek watching Star Trek as a kid and jamming to my favorite band on the radio at the same time. I would always experiment with things growing up. Whether it be wrapping a wire around a nail and hooking up a battery to make an electromagnet, or figuring out that I could record my own poorly performed music on a Karaoke machine I got for Christmas… I was always experimenting. Since kids usually gravitate towards pop culture, science took a backseat to my love for music. My cousin and best friend for life, Andy Sisinger, was there with me every step of the way. We were inseparable. His dad played guitar and had taught him to play, so he eventually taught me. From the instant we realized we could overdub tracks from a regular cassette tape to another cassette tape deck to create our own songs, we were hooked on recording. We would play guitar at house parties which was fun, but recording our own music was where our real passion lied. He eventually went to school at the Recording Workshop in Chillicothe, Ohio and would learn everything we needed to know to record professional sounding music.

At twenty years old, I got married and bought a house while Andy decided to move to Seattle, Washington with some friends. I was playing in a few bands at the time and became good friends with my future brother-in-law, Ian Holmes, who also loved music and played in bands. Ian and I decided to gut my garage and turn it into a recording studio since we have always dreamed of having one and since we had all the resources; Andy had the technical knowledge, and my dad had the skills to build anything you could ever want. As with the Observatory, my dad was the brains behind the operation, we just basically did what he told us to do.

Ian and I built the studio over the course of a few months, all the while sending pictures of our progress to Andy until he would finally come home to Columbus and help us put on the finishing touches to the studio. After the studio was complete, we filled it with recording gear and instruments we had collected over the many years of playing in bands. We finally had our very own recording studio. It was a dream come true to say the least.

We recorded our own albums in the studio and had a blast doing it. We would also record many of our friends’ bands as well as other projects that lead to a small income which we would immediately feed back into the studio. This continued over the next few years until my wife and I sold the house. We removed all the recording equipment when we left, so sadly it’s not much of a recording studio anymore.

A few years later, I had another idea of pursuing my life’s other passion: science and astronomy. I sent an email to Andy stating: “I’m building an observatory. I have to… even if it’s just a junky wooden box. It’ll be my backyard church. A place to meditate. And the glow from my computer screen of images of island galaxies millions of light years away will be my scripture.” He completely agreed.

Shortly after that email, I mentioned something to my dad about building a small shed in my backyard in which my wife could store her gardening tools and I could keep my telescopes, saving me from lugging them in and out of the house every time I wanted to do a little stargazing. Little did I know, my passion and my dad’s expertise and ambition would launch a full-fledged construction undertaking leading to a legitimate astronomical observatory.

Unlike the studio, my dad and I are practically the only people who built the observatory, save a little help from my three and a half year old daughter (pictured in the construction photos). We worked on it almost every single day for four full months.

Even though we both worked on this project together, the majority of the credit goes to my father who instills a sense of awe and wonder in practically everyone he meets because of his generosity, brilliance, and above all, humbleness. Ask anyone who knows him, they’ll tell you the same. I cannot think of one reason why I would deserve this gift and I am completely dumbstruck every time I look out back from my house and see the brilliant white dome glowing off in the distance. I still can’t believe we did it. Every time I step into it, it’s honestly a magical experience for me, one of which I know will never get old.

To an uninterested third party, this project may understandably seem like a huge waste of time, or compared to other human achievements, this may seem trivial; but the impact it’s had on my life is immeasurable. Not only did we create something which I hope will be passed down to future generations giving others the opportunity to experience the awe and wonder that is the universe in which we live – I also have the memories from the summer of 2012 which I spent with my dad that will last a lifetime and more. Those very memories were the greatest gift of all.

So what’s next? Another one of my goals is to obtain my pilot’s license. We’ve talked on a number of occasions about building an airplane, so maybe an airplane is next? We’re just as infatuated with sailing and my dad’s always wanted to build a boat. Building a sailboat would be an amazing experience. Or maybe go down the brewery path; we all love a good beer and we’ve always wanted to make out own. A brewery would not be out of the question for sure. My wife is an unbelievable cook and a small restaurant has always bee a dream of hers. Who knows where life will lead?

“You see, I can live with doubt, and uncertainty, and not knowing. I think it’s much more interesting to live not knowing, than to have answers that might be wrong. I have approximate answers, and possible beliefs, and different degrees of certainty about different things, but I’m not absolutely sure about anything, and many things I don’t know anything about, such as whether it means anything to ask, “why are we here?”… But I don’t have to have an answer; I don’t feel frightened by not knowing things.”