Sound doesn’t happen outside, around us. True, the sound begins in a person’s throat, or at the meeting point of a hammer and nail, but that’s not where the sound is. 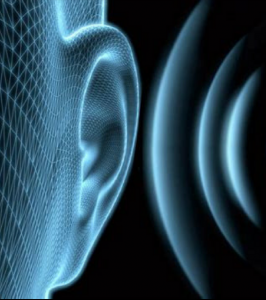 Events like these cause vibrations. The vibrations travel through the air, then hit your eardrums. But that isn’t where sound is, either. The eardrum sends signals to the brain, but that’s still not where sound is. It’s not until the brain receives the signals and ultimately interprets them and -most importantly- they arise in consciousness that they become “sounds.”

If these vibrations or signals were stopped at any point in their journey before being interpreted, the sound they would create doesn’t exist. The potential of sound isn’t sound just like a block of marble isn’t yet a masterpiece. Earplugs, damaged nerves, or even a vacuum can subvert the event’s intent. A silent piano is the same as a player piano when no one is listening.

If a tree falls in the forest and no one is there to hear it, it does not make a sound.

The same is true for any other sensation: a numb hand can’t be touched; a performance cannot be seen with closed eyes; and even thoughts cannot be pondered while unconscious.

If a Universe existed and no one was there to witness it, it doesn’t exist. 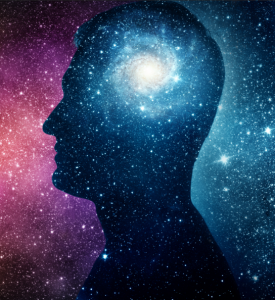 All my sensory inputs contribute to what I interpret as a universe. Given two eyes that are sensitive to certain wavelengths of light, organs that sense odors, and systems that are sensitive to various vibrations, temperatures, and pressures, a certain three-dimensional world is modelled in my mind. But a bat’s interpretation of that same world is vastly different. Its mind creates an environment primarily based off noises and echoes; a dream-world incomprehensible to us.

Consciousness is the emergent phenomenon of subjectivity. Experience is confined exclusively to the subject. I know of only one consciousness: my own. It’s impossible to be certain that others share a similar experience. There could even be multiple consciousnesses in my own brain, yet I’m only aware of the one I’m aware of. But even if there were, it wouldn’t matter – I can’t experience them. Therefore, they don’t exist, just like the potential sound that never reaches my ear.

The Universe only exists because I am conscious of it. When I die, an entire Universe dies.