Let There Be Light

A fierce winter storm passed over the Midwest yesterday and has since made its way to New England. News reports are saying that the blizzard is one of the worst in a long time for the North East but luckily here in Columbus, we escaped with only a few inches. It was enough to make driving a little tricky and for the kids’ school to be cancelled – although, that’s not saying much; they get called off for practically anything. The cold has been the worst part in my opinion. Right now, at 7:30am, it is -14°C (6.8°F). They’re calling for a low tonight of around -17°C (2°F). Better bundle up! 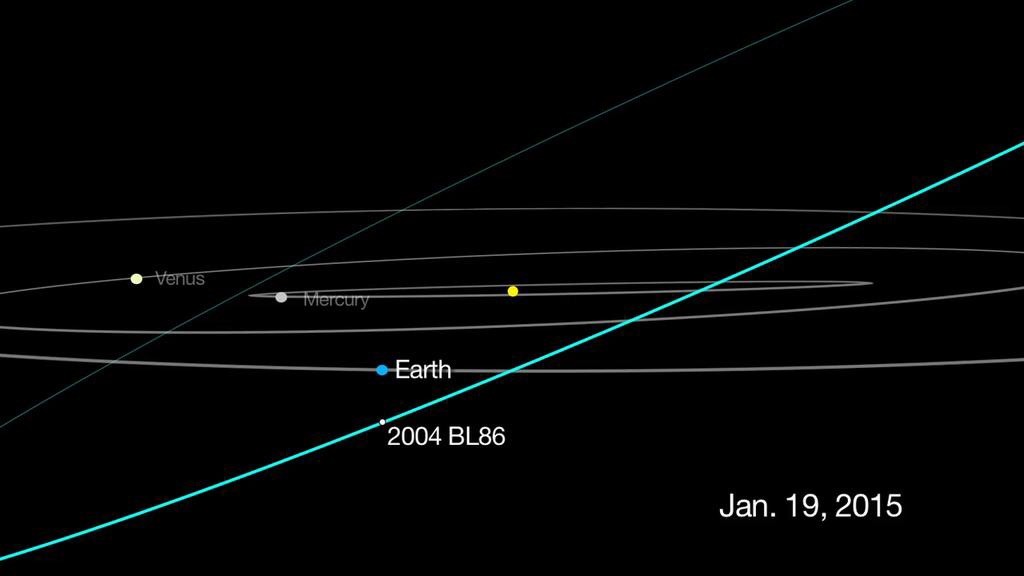 After the storm moved through the skies have been clear and calm. Who can be upset with clear skies? Last night, the Earth had a close call with an asteroid, the closest until 2027. The asteroid passed about three lunar distances away which, doesn’t seem that close to us but on stellar scales, it passed by the skin of the Earth’s teeth! For viewing purposes, the ‘stars aligned’ (as it were) and the conditions were perfect! The skies were perfect; clear and calm. The timing was perfect; best just before midnight. The placing was perfect; almost directly overhead – and, right near an object to easily reference it from. Of course, I took advantage of these conditions, braved the cold and attempted to image this beast…

Unfortunately, the beast proved too elusive for me. It was mostly my fault though. My current setup has a relatively small field of view, slightly over half a degree, which makes pinpointing subtle objects very difficult. On top of that, I didn’t prepare well. I should have grabbed a good star map and got exact coordinates. Honestly, I didn’t expect the skies to be clear. When the time came and conditions were good, I decided to wing it. Next time, I’ll prepare. Proper Preparation Prevents Poor Performance… 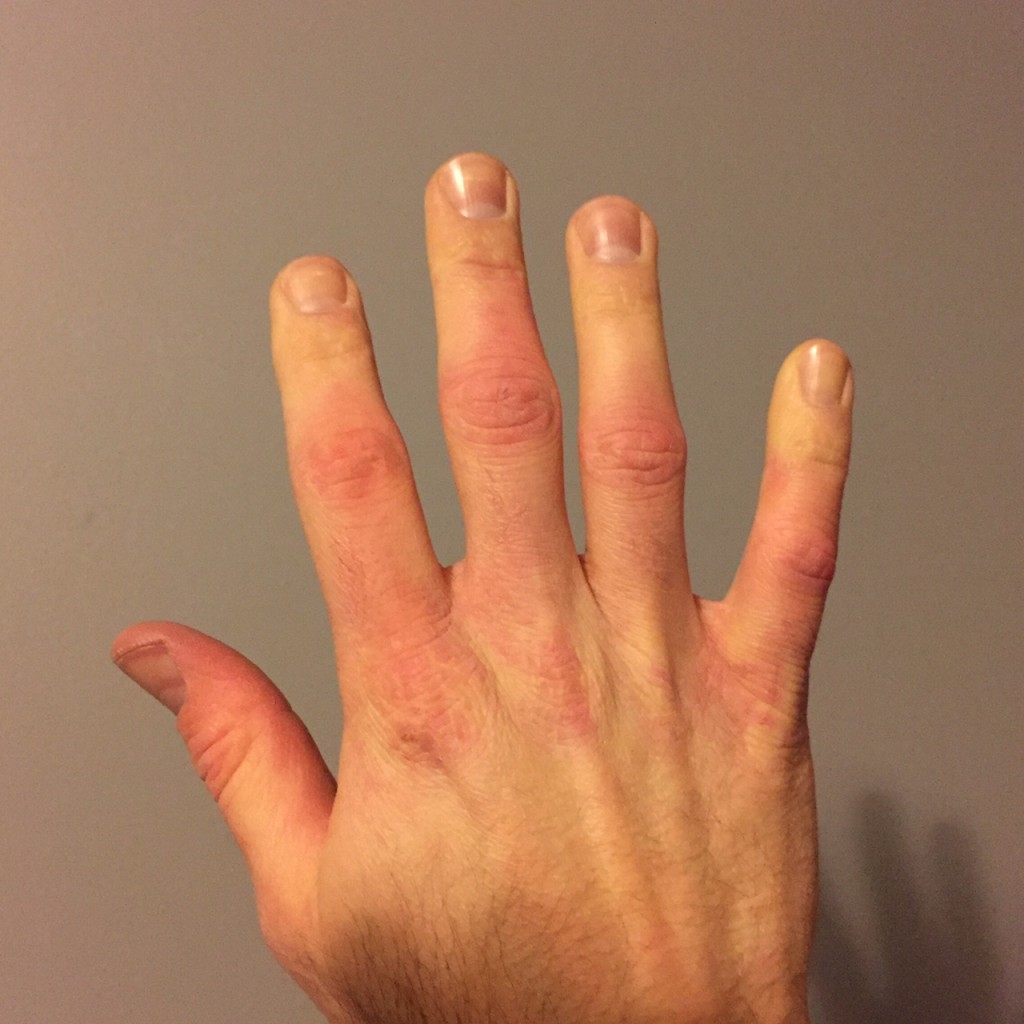 I was only out there for about an hour until I HAD to come inside; it was just too cold! At the time it was about -11°C (12°F), which may not sound that cold to you now reading this in your toasty room, but let me tell ya, my fingers and toes might have been the coldest they’ve ever been. See how pale my fingertips are? That’s because they’re void of blood, and therefore void of all heat and feeling.

Why not get a space-heater or something you ask? Well, I have one and in fact, turned it on for a few hours before my imaging session started simply to thaw out the observatory. But you cannot have it on when you’re trying to do any observing or imaging. 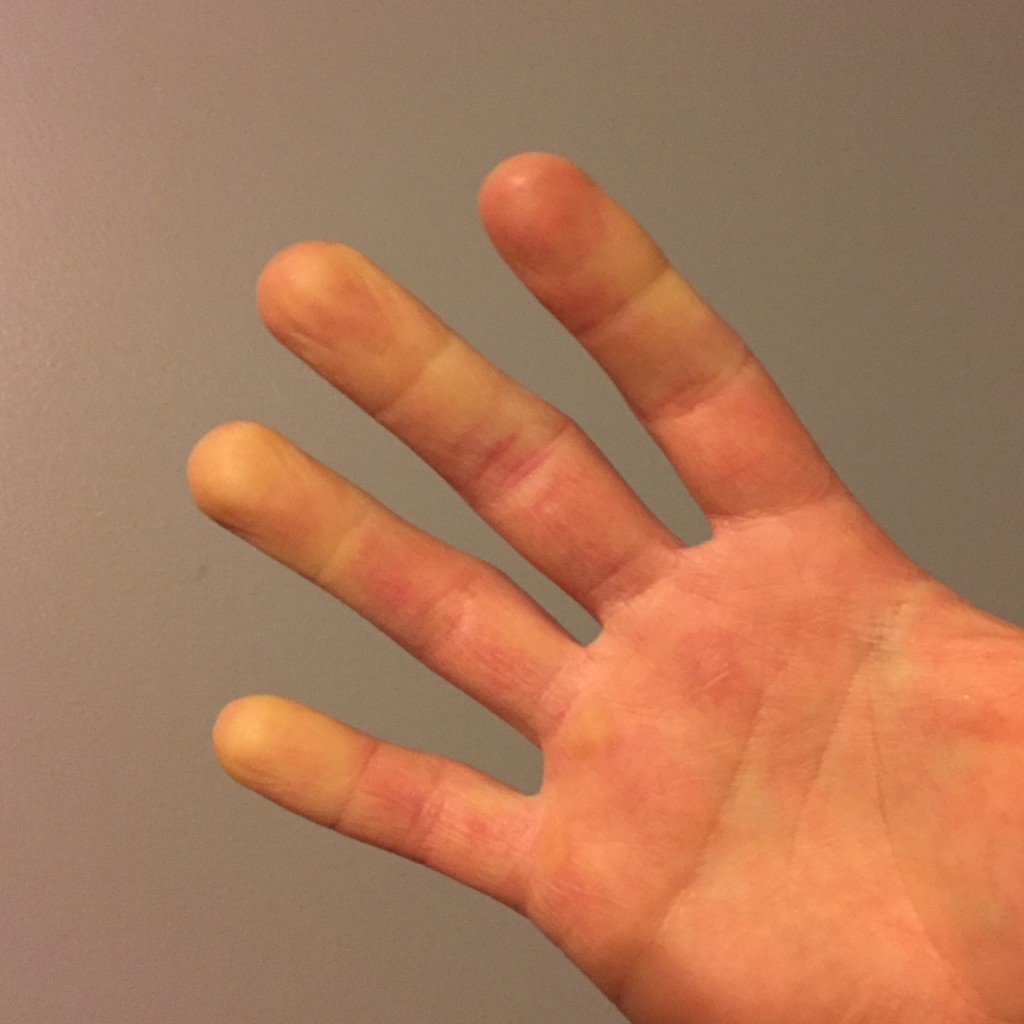 Ever see what looks like puddles of water hovering over blacktop on a hot summer day? That’s just hot air bending light around. If it’s cold outside and warm in the observatory, when I open the doors, all that hot air is just going to pour out right in front of my telescope making the stars seem like I’m looking at them under water. You don’t say ‘twinkle, twinkle little star’ to an astronomer.

So no, I didn’t get an image of an asteroid during my best chance in many years, but it’s not for a lack of trying. Plus, there’s always a silver lining… The skies last night were so pretty and they continued on through the morning. When I stepped outside to warm up my car, Scorpius greeted me brightly in the south. Scorpius is one of those constellations, like Orion, where it actually looks like what it’s supposed to – it actually looks like a scorpion! Plus, even though I left at the same time I also do, the sky seemed just a bit brighter. By the time I reached work, the east was turning slightly pink foreshadowing the day to come. I know we just endured a massive winter storm but the signs of Spring are in the air. The sun will be rising earlier and earlier and the days will grow warmer.

Let there be light! I know we have a little ways to go yet, but with a colorful sunrise and by the stars of Scorpius, I’m looking forward to Spring -the rebirth of things- and a new year with the hope of great things to come.