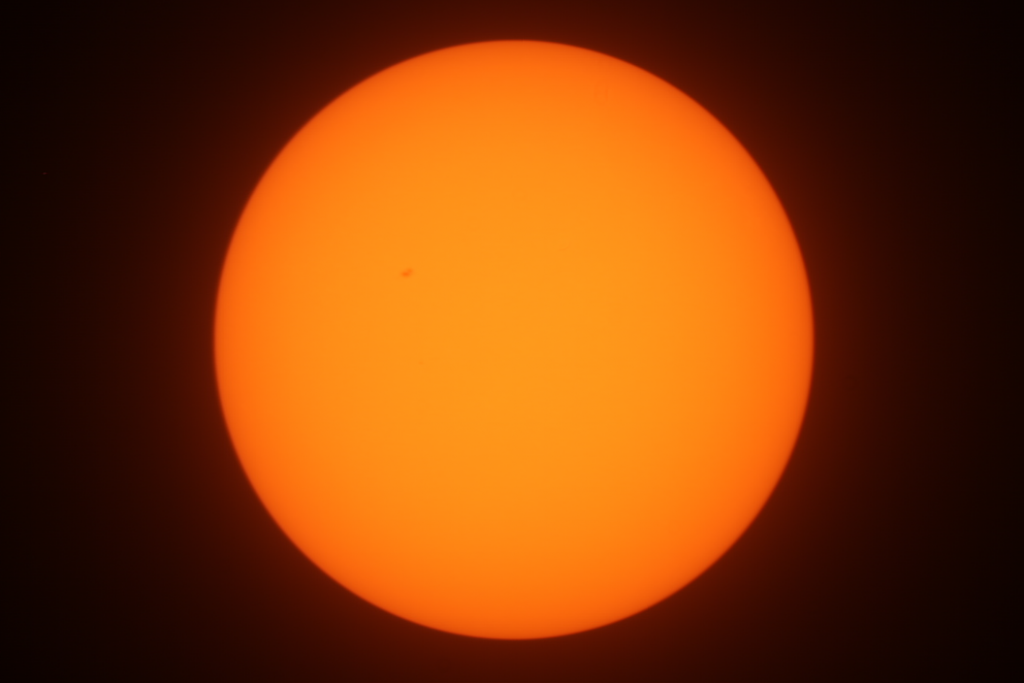 This is my first image of the Sun and I gotta say, I’m pretty happy with it! Not with the image itself necessarily, but more with how easy it was to capture. Plus, this means that now I’m able to do astronomy during the daytime! Having a career and kids means that long observing nights are few and far between… I just can’t stay up that late anymore. But with my new solar filter, I can still do some rewarding observing.

In preparation for the Mercury transit (2016-05-09) I purchased some cheap solar film to make a custom solar filter for my telescope. Normally these filters can be relatively pricey (~$50-$100) but since I’m cheap and would rather build stuff myself, I bought a $15 piece of solar film and made the rest to fit my telescope perfectly. It’s not pretty, but it works great! 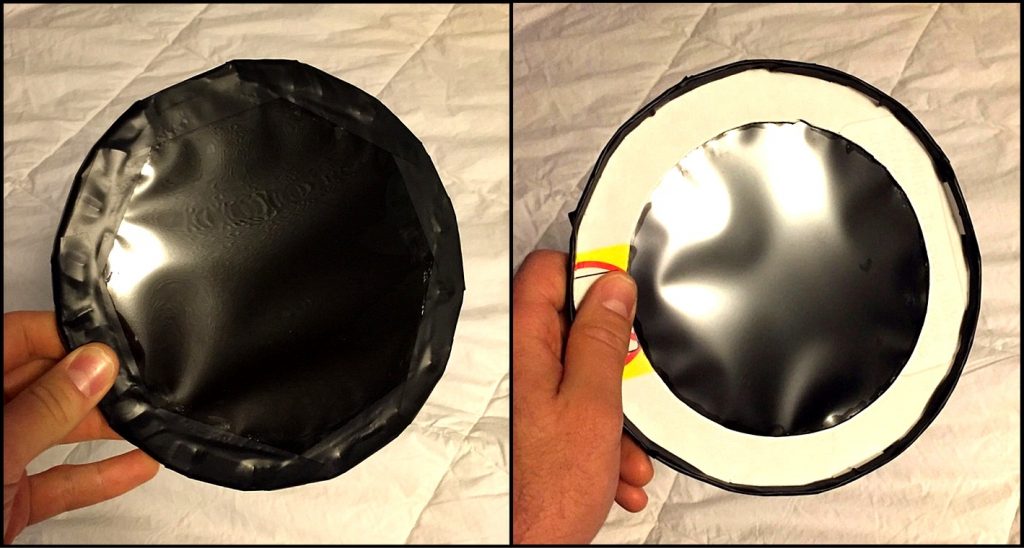 To make sure it worked and that I got all my settings correct before the transit, I tested the filter out the day before. Again, it worked much better than I expected! Just see a comparison between my picture and one from SOHO (Solar & Heliospheric Observatory). Sure, the detail on mine isn’t quite as good as SOHO’s, but the sunspot 2542 is easily visible in my shot. Plus, SOHO is a multi-million dollar space telescope with advanced optics and filters… I’m using a $15 piece of plastic, gimme a break! ;) 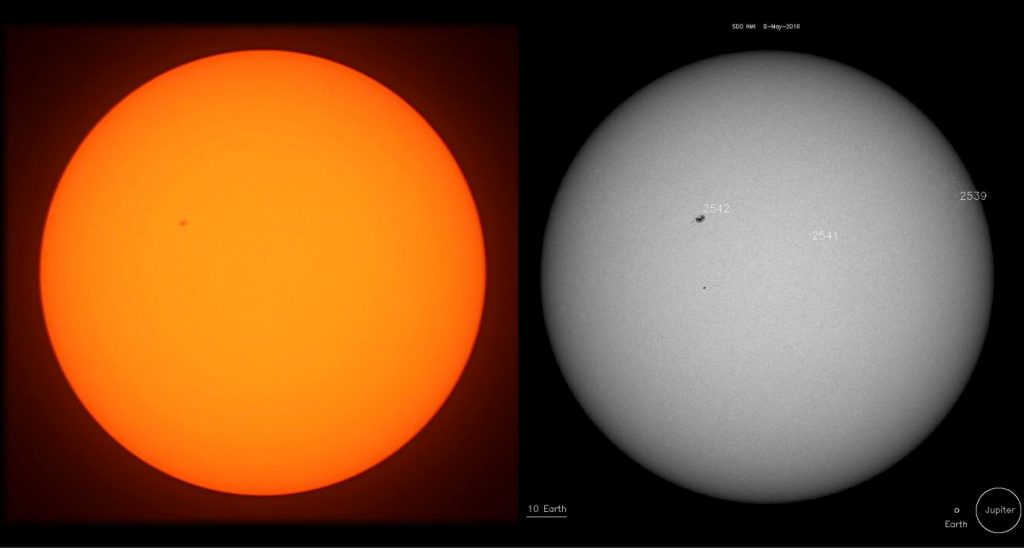 Unfortunately, Ohio weather is notorious for not cooperating – doesn’t the cloud gods know there’s a transit of Mercury I’m trying to take photos of?! As it turns out, the transit was ruined by rain and thick cloud cover so I didn’t get to see it. But what I did get was a cool new piece of equipment allowing me to utilize my telescope all night AND day now.